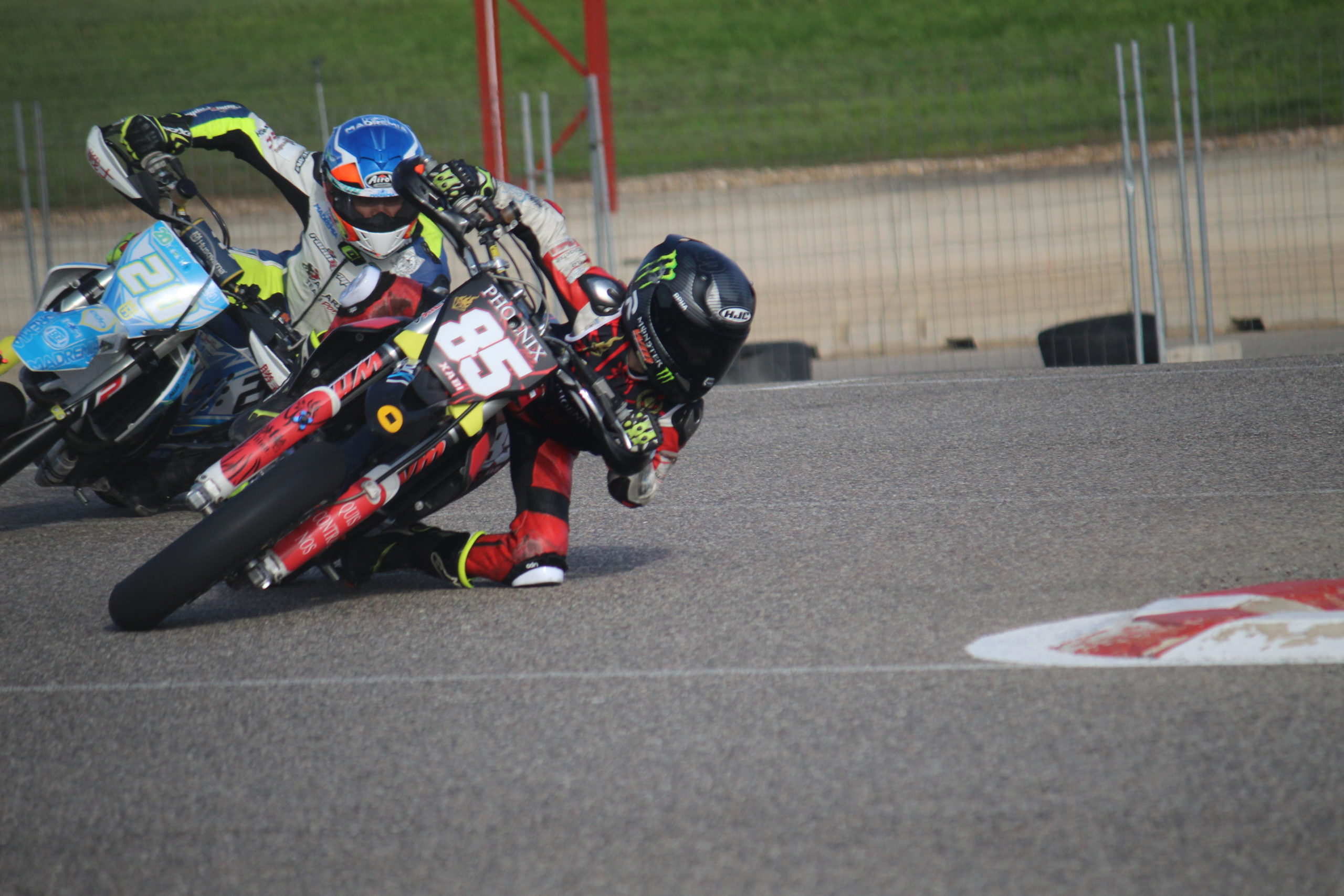 Xabi#85 – One to watch for the future

The Spanish supermoto championship is a hot bed of young talent with kids learning to race hard from the age of eight years on 65cc and then 85cc supermoto bikes. The grids are full, the racing is fierce, but the atmosphere in the paddock is like one large supermoto family, with everyone helping each other out and enjoying the wonderful sport of supermoto.

Many of these kids progress onto road racing as they cut their teeth on the relatively cheap sport of supermoto, where bikes crash with little damage, and speeds are such that the risk of injury is lessened. It’s the perfect breeding ground for future moto3, moto2 and motogp stars.

Next in Line has to be the current SM250 Road champion, Little Xabi Zurutuza Torres.

As an instructor at the Supermotoland race school I like to keep an eye on the emerging talent and this 13 year old Kid is just incredible to watch. He’s tiny, just 1.45cm  (4 ft 9 in) tall and 33 kg (73lbs / 5 stone 3 lbs) in weight. But he throws his Husqvarna FS250 supermoto bike around the track like he owns the place.

He won the 85 cc championship in 2018 and instead of sticking with the 85 for another year, he made the brave move to step up to the adult size bikes despite his lack of height. He won the championship at his first attempt.

Keep an eye on this kid, he’s going places.