Supermotoland is the official Husqvarna supported team in the Spanish Supermoto championship for 2023. As a highly successful supermoto race school and race team, it’s no surprise that Supermotoland have Grand prix wins and multiple national and regional titles to its name, as well as countless race wins and podiums, from our many team riders since the teams formation in 2010.

We have our own purpose-built training track with multiple layouts at our team base in Bullas, Murcia, Spain from where we build and tune our own engines to produce some of the fastest and best handling supermoto bikes in the Spanish, European and World championships.

The Supermotoland Husqvarna Race team is looking for racers of all ages and abilities to join the team and race in the Spanish and possibly the European and World Supermoto championships. If you are new to Supermoto racing or require additional training, then we can formulate a package to suit your own requirements with preseason and mid-season training and coaching.

All our racers receive top class technical support and training facilities to ensure that they are well prepared for racing at the best of their ability. We even have a team house in Bullas, Murcia, Spain that riders can stay at whilst training at Supermotoland in between races.

We are looking for riders in the following categories:

SM Master – Riders over 30 years of age, with dirt section

SM Road Master – Riders over 30 years of age, Asphalt only

All of the above includes – bike hire, technical assistance, and a mechanic (shared between riders). It also includes all race fuel, all spares/parts required during the race weekend such as brake pads, chains, sprockets etc, (all material, parts, tyres once used, remain the property of Supermotoland.)

Not included in the package – are your tyres (allow approximately 400 euros a set) and your own transport and food/accommodation costs and race entry and training fees. Any crash damage caused, or damage caused to the bike by riding style.

Spanish championship races are 3-day events with a lot of track time. The series is run from April to October and normally consists of 4 rounds with two races at each event. We can arrange additional preseason or mid season training at the Supermotoland training track in Murcia and other tracks for 400 Euros per day plus tyres. In the 2 weeks prior to the first round of the championship we shall have team tests and training at various tracks to prepare our new racers for the first round.

The teams’ main focus is the Spanish Supermoto championship, however we also give the team racers the options of wild card races in various regional races in Spain and the European and World Supermoto championship rounds that fit in with the team’s race schedule. Prices for such races are dependant on travel and the numbers of team members wishing to participate.

Ideally, we are looking for riders that can commit to both the Spanish and European championships and stay at the Team house in Bullas so that they can train with the team between races. This is a very productive and cost-effective way to train and gain speed and skills, in a very quick period of time. A room at the team house costs just 300 euros a month and the normal weekly training plan is to ride at two different local tracks each week at a cost of 400 euros a day and then each rider receives 2 mornings free training and coaching at the Supermotoland training track. So, the cost of training is just 800 euros a week.

Places in the Supermotoland Husqvarna Race team are limited. If you are interested in a place then please advise ASAP as final selection will be made at the end of 2022.

All prices are subject to Spanish IVA tax at 21% where applicable. 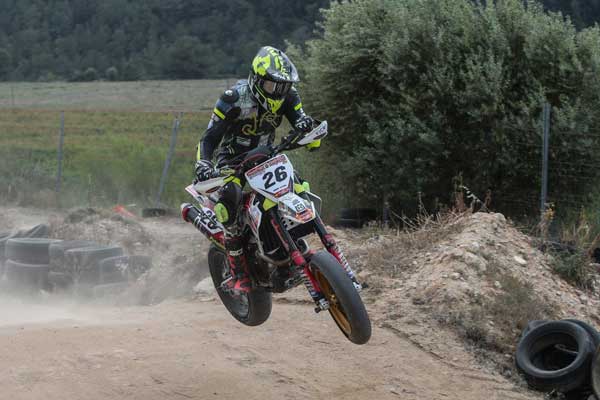 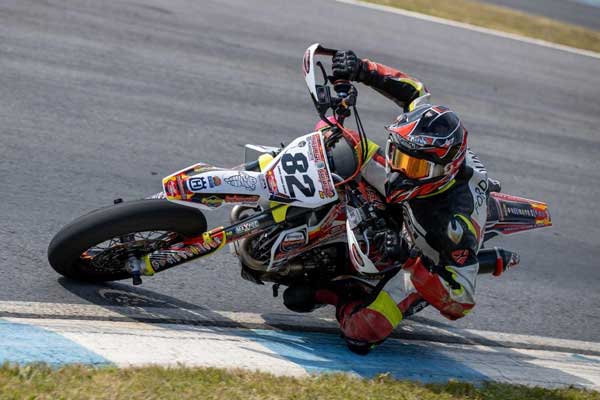 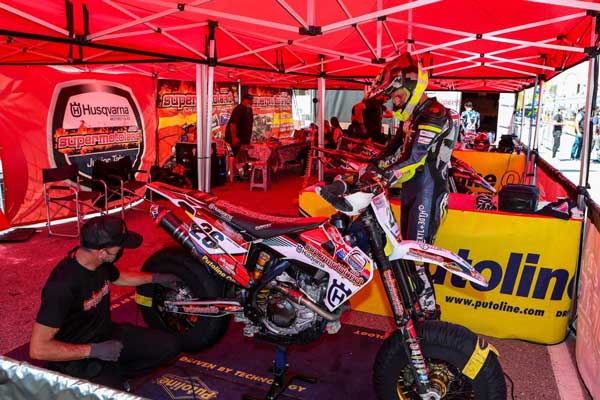