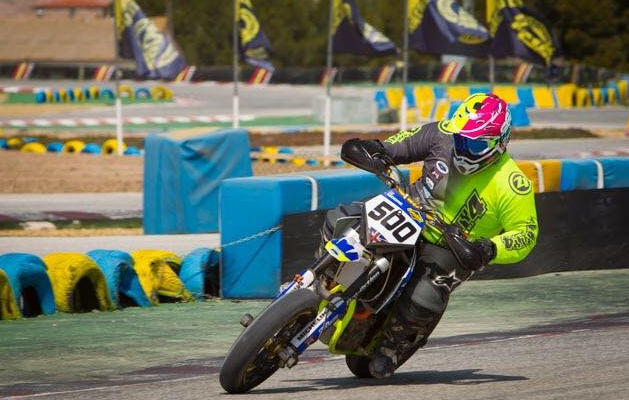 The Supermotoland.com Race team is very pleased to announce the signing of Will Moore #500, who will be joining the team to race in the Spanish Supermoto championship in 2018 as well as selected rounds of the Catalan Championship.

Will Has been racing for a number of years in the British Supermoto championships and is a consistent points scoring racer in the elite class, injuries have hampered Will during his racing career. Now fully recovered and back on the British championship scene he has decided to focus his efforts on the Spanish Championship for 2018 and will join the other Supermotoland.com team riders for some extensive training over the winter before the season gets underway next March.

Will, would like to thank his personal sponsors, DRL Racing, WLS, and Motopixs, who have all contributed to make this move possible  and are looking forward to some great racing in Spain next year.

When asked about the move to the Spanish Team Will said

” I am very excited and grateful for this opportunity from the Supermotoland team. I have known Mat Ford-Dunn and his family for a long time and when the opportunity presented itself I couldn’t turn it down. I am looking forward to being part of the team and having them push me on and help me improve, and most of all have some fun along the way. I am happy to have signed so early, after my ankle injury at round 1 of the British Championship this year this now gives me a goal and something to aim for and motivate me. I would like to thank Supermotoland for this amazing opportunity”

The Supermotoland.com team will be running a series of training holidays in Spain over the winter and throughout next year as they provide a bike hire and rider training program for racers and road bike riders alike. Anyone interested in Joining the team to race in Spain next year or wants more information on the training camps should visit the team website at www.supermotoland.com