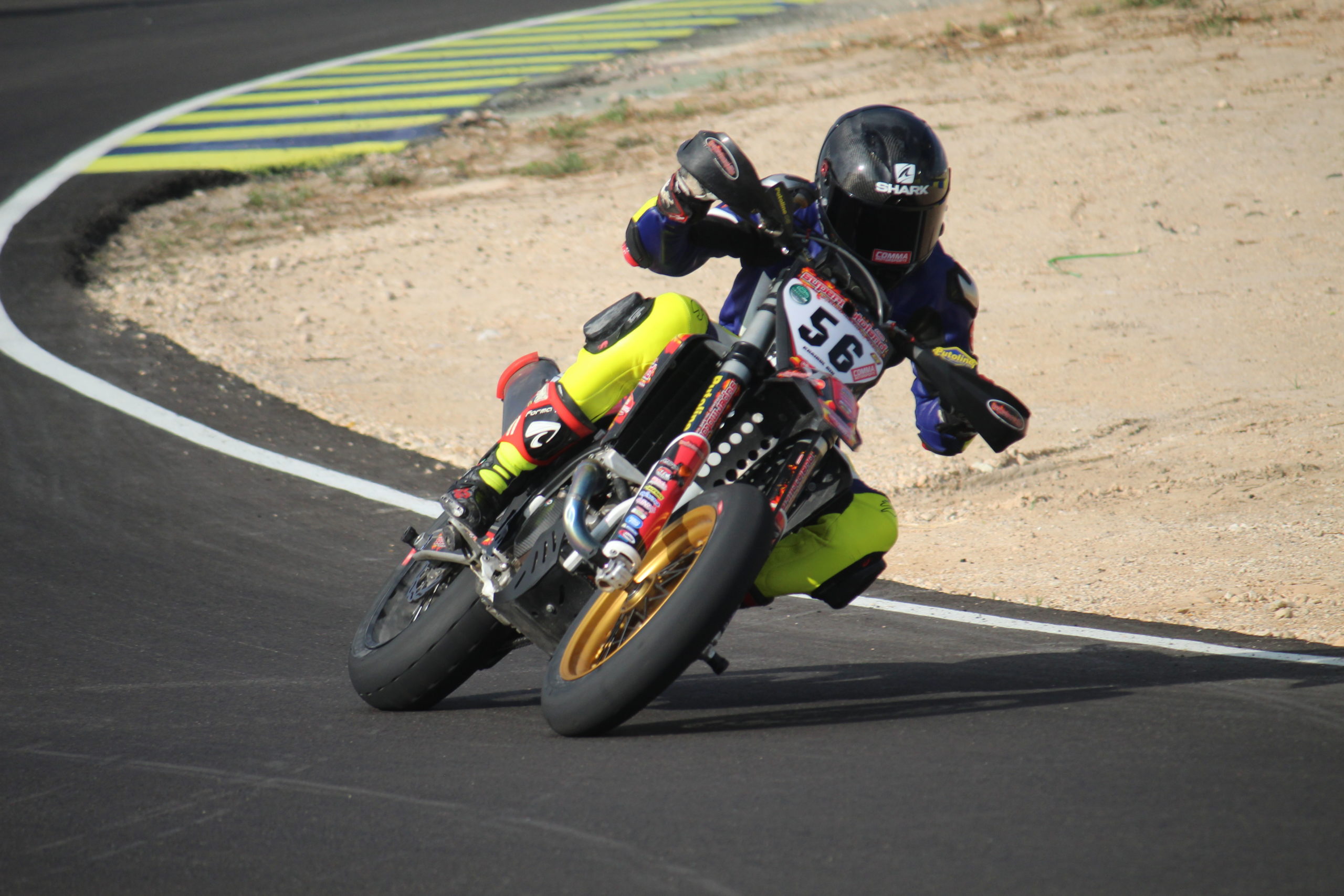 The supermotoland Husqvarna race team, like many race teams the world over has struggled in the first half of 2020 to be able to prepare race bikes, train, test and prepare for racing.

But that commitment to go racing pales in comparison to the dedication and commitment of some of the teams racers that have made massive efforts to just be able to arrive in Spain and race in the Spanish supermoto championship.

The Supermotoland Husqvarna motorcycles race team has a young racer initiative for 2020 that has International racers Jay Baxendale from South Africa and Khairulamirin Yahaya (Rin) from Malaysia competing in the ultra competitive SM-Road category in the Spanish supermoto championship.

Not only do these riders have to travel internationally . through time zones, quarantine and covid 19 checks to just attend each race meeting. But once they get to Spain they have to compete against some of the very best racers in Spain on their home tracks. This is a real baptism of fire for these young racers as they have to learn a track on a Friday, qualify on a Saturday and then race on a Sunday. All on tracks that the Spanish racers have been training on for weeks in advance.

The supermotoland Husqvarna motorcycles young racer initiative is designed to have a top team help international racers compete in Spain at the highest level. Both Jay and Rin face the toughest racing challenge of their lives as they struggle to get up to speed as quickly as possible on a track they have only just seen against such formidable competition. But that is also their greatest strength as they learn and absorb information, techniques and styles to get quick as soon as possible, and it shows with both Jay and Rin competing for top 10 positions and the distance to the front becoming less every time they get on a bike.

Keep watching these two. they are making great progress already and there is more to come as they continue to achieve their goals.