Tough last round for the Supermotoland Husqvarna Junior talent team 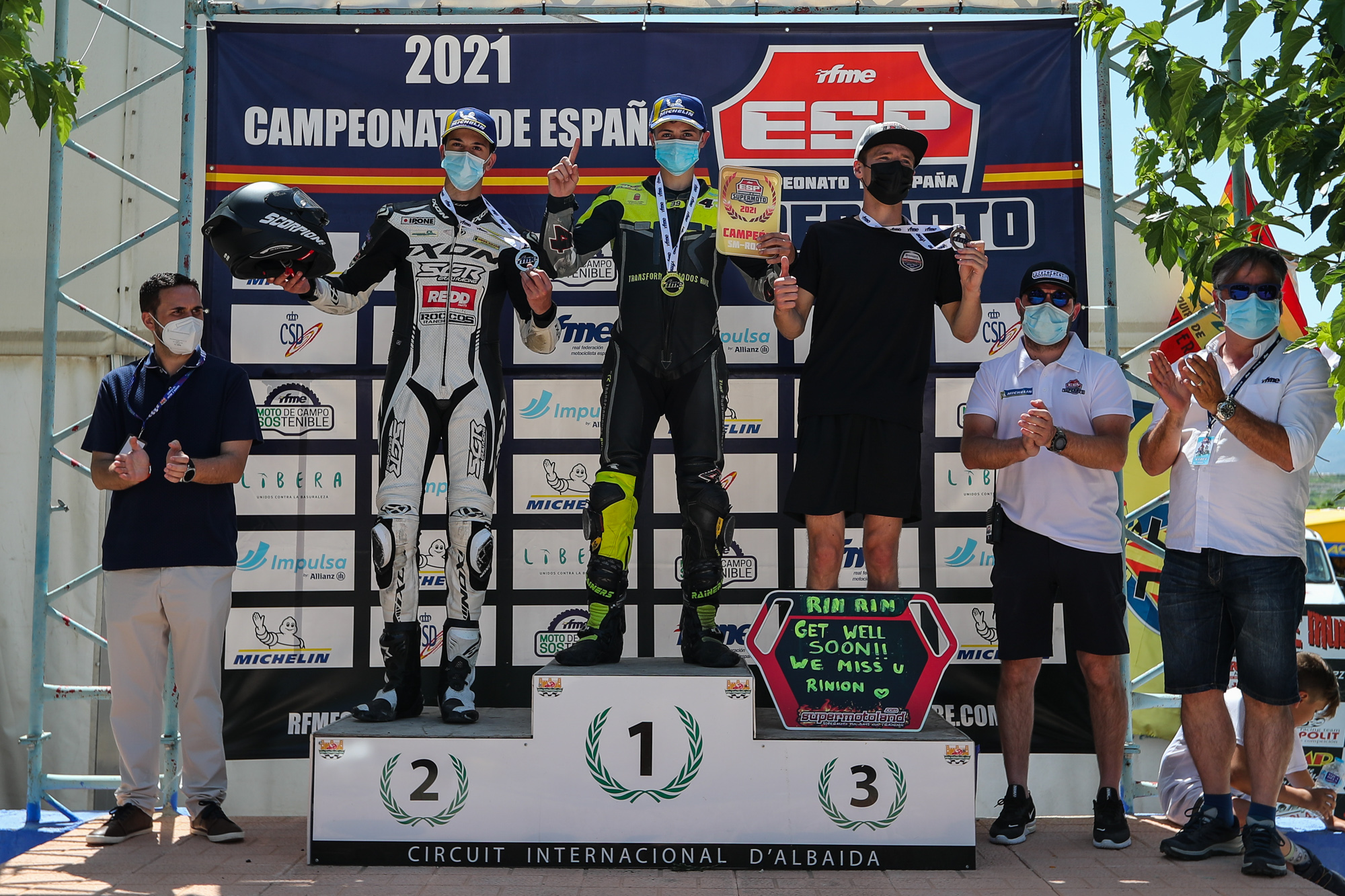 Tough last round for the Supermotoland Husqvarna Junior talent team

The Supermotoland Husqvarna Junior talent team had one of their toughest race weekends at the last round of the Spanish supermoto championship held at the Albaida circuit in Valencia.

The whole weekend was marred by a horrific crash in Friday practice that seriously injured one of the team riders. Malaysian racer Khairulamirin Yahaya crashed heavily and was hospitalised with a broken pelvis and internal bleeding.

As you can imagine the motivation to qualify and race was somewhat muted, as the close knit team of young racers waited to hear of news that their friend and team mate was going to be ok.

The team mates even had to line up on the grid to race, knowing that their team mate was undergoing an emergency operation on the Sunday morning to repair an internal arterial bleed.

Despite all of this the team rallied together and raced as hard as they could, and the results were impressive.

British Racer Loris Ford-Dunn qualifying 3rd fastest and then finishing 3rd and then 4th in his two races to gain enough points to secure 3rd overall in the Spanish SM Road supermoto Championship. The young British racer is now preparing to travel to Italy for the first round of the S4 European supermoto championships, where he hopes to be a championship contender in 2021.

American Racer Will Mcmahon finished 19th overall in his races and secured 18th position in the SM road class in his first ever race season. The young American started the season as a trackday rider and ended up becoming an accomplished racer in just 4 months.

Malaysian Racer Khairulamirin Yahaya obviously did not race in the final round but he had still acquired enough points to finish 15th overall in the Spanish SM road supermoto championship. He will be doing all he can to be fit enough to race at the final round of the S4 European championships in October and we all wish him a speedy and complete recovery.