The proof is in the Results ! 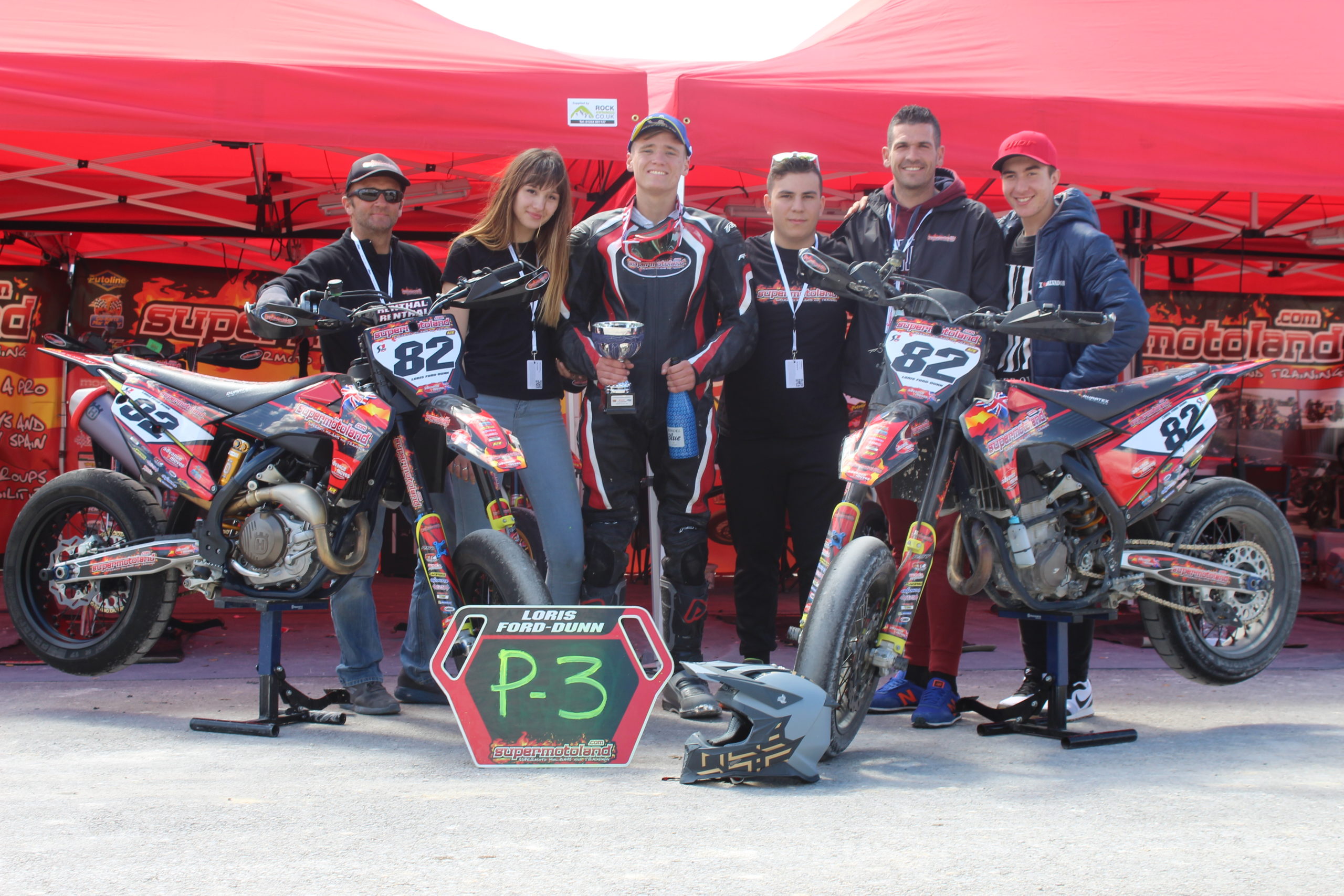 Here at supermotoland.com we would like to give a massive thank you and congratulations to all the riders and racers that have attended our race school intense training camp.

We have had riders and racers with all levels of experience, from novice to Grand Prix winners, training with us this winter and our clients are also from a variety of racing and riding backgrounds, with motocrossers, enduro racers, road racers, TT racers, Supermoto, grasstrack, and flat trackers all spinning the laps at supermotoland.com to improve their bike skills for their racing.

Supermoto training at supermotoland is the perfect way to train for whatever you race or ride on the road as you will learn to push a bike to its limit on both asphalt and dirt.

As they say the proof is in the results, and its been a great start to the year for alot of the racers that trained with us.

Thats everyone that has let us know of their results and how they got on at their first races of the 2019 race season. Hopefully we have not missed anyone, if we have then please drop us a line and let us know how you are getting on in whatever class of racing you are competing in as we like to publicise youir efforts as well as our own.

I’m sure there are alot more results to come as we race our way through 2019, so stay tuned for more updates throughout the year on how everyone that has trained at supermotoland gets on.

If you would like to train with us or want a wild card race in the spanish Supermoto championship then email mat at race@supermotoland.com

Thanks to our sponsors and technical partners who make both the supermotoland race school and race team possible:-