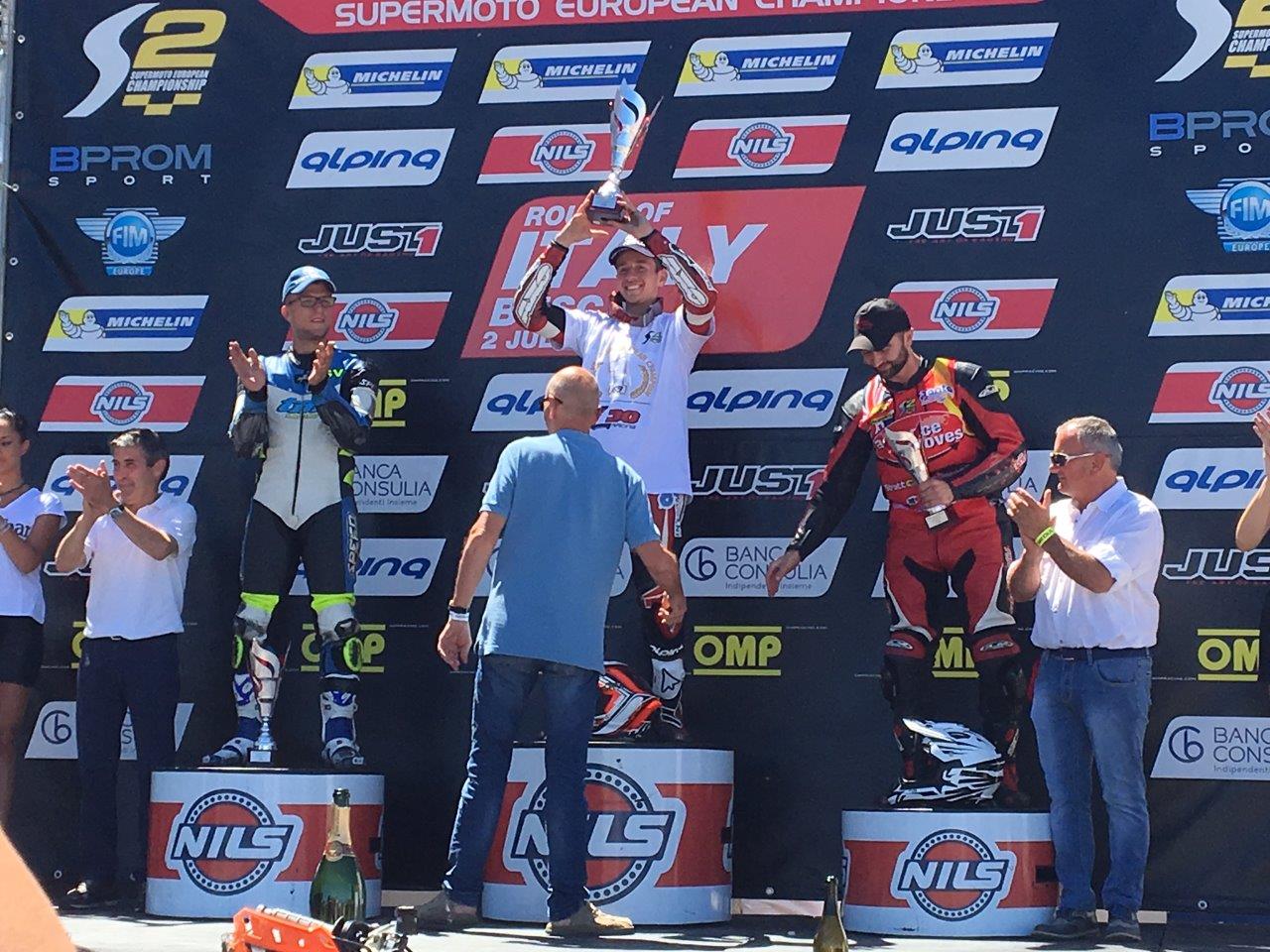 The first half of the 2017 Supermoto race season has seen Supermotoland’s riders on the top step of the podium on more than one occasion. Anthony Ford-Dunn has had a fantastic start to the year with overall wins in both the Spanish and European Supermoto championships in the Smroad/S4 class.

With consistent podium finishes in the Spanish championships Anthony went to the 4th round of the Spanish Championship in Pontevedre in North west Spain, and in mixed and tricky conditions he put in a dominant display of riding to win both races which moved him up to 2nd in the championship standings, only two points of the leader. With only the final round of the championship in Baneza, Leon, in northern Spain to go, on the 10th September , Anthony is determined to finish off the year as Spanish champion.

The European S4 championship has already been decided with Anthony winning the Spanish GP in Albaida, Alicante, before travelling to Northern Italy for the final round of the championship in Busca. The racing was tight with 6 riders all battling for the lead in both races and Anthony finished a close 3rd in both motos to finish 3rd overall and once again stand on the podium at a European championship round. The championship points didn’t work out quite so well for him though as he ended up 4th in the championship overall, just 10 points off the leader and 2 points from 2nd position, that’s how tight the racing was. Slightly disappointed with not getting a top 3 championship position has only focussed Anthony’s resolve to win the Spanish Title in September.

The teams other riders have also produced some great results with podium finishes in the SM2 class for 16 year old Loris Ford-Dunn as well as a great ride at Pontevedre that saw him beating a lot of the more experienced sm open and sm master riders in one of the races until a crash in the tricky damp conditions dropped him down the order. He currently stands in 5th place in the SM promosas youth class in the Spanish championships with one round left to go.

His Father Mat Ford-Dunn riding in the open class has had mixed fortunes with a podium finish at the start of the year but then suffering a broken fibula when his foot caught a trackside marker which has ruled him out for a while, but he hopes to be back in action in September.

With the summer break now in full swing the Supermotoland team that is sponsored by Advance Moves International Removals will be training hard to finish off the year on a high.