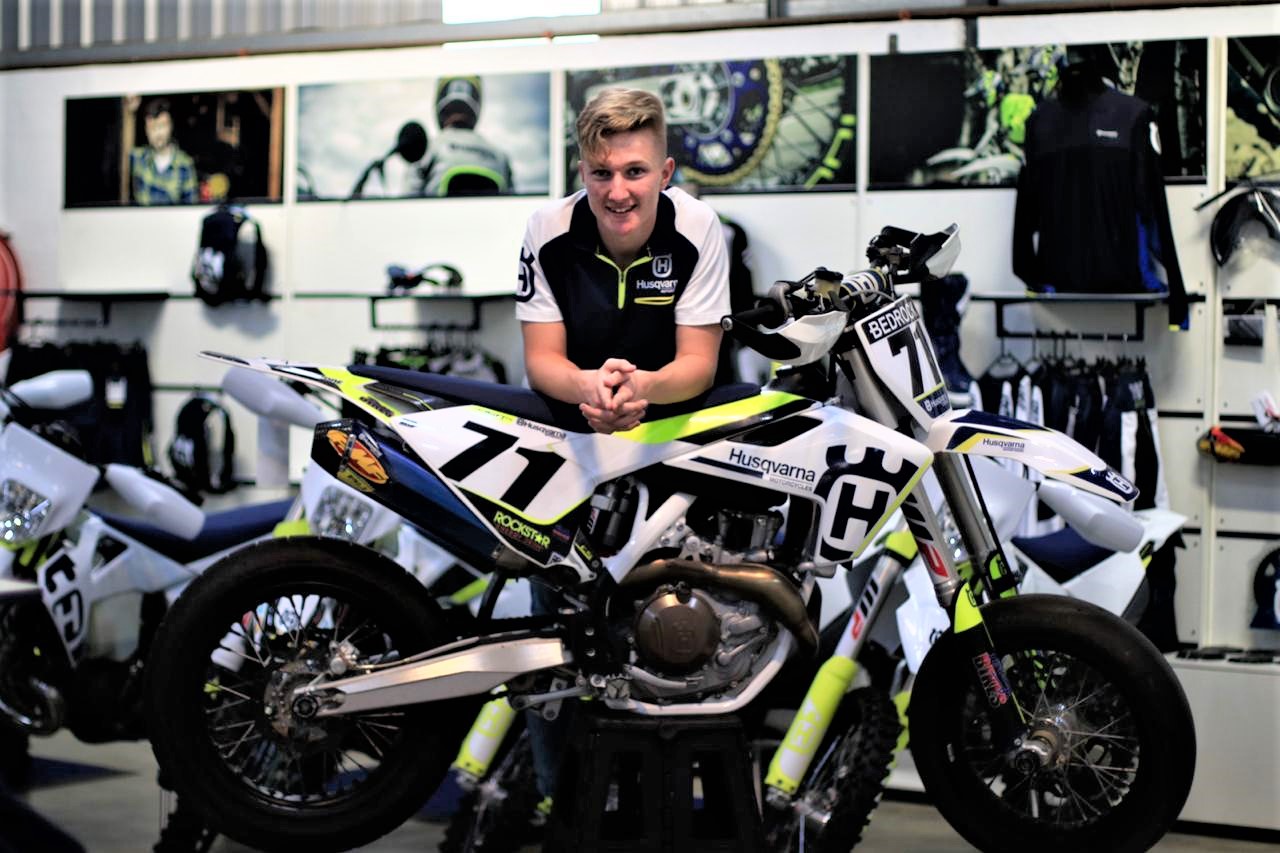 The Supermotoland Husqvarna race team is very pleased to announce the signing of 18 year old South African racer Jay Baxendale who will be fronting the teams youth assault on the Spanish Supermoto championship in the SM Road class.

The talented South African racer won the KZN junior X country championship, before moving up into road racing and becoming a front runner in the KZN road race and supermoto series.

For 2020 he will be relocating to Europe in order to pursue his road race and supermoto career in the prestigious and ultra competitive Spanish Supermoto championship. Both Jay and the Supermotoland Husqvarna race team are very excited about the prospect of bringing another international racer into the Spanish supermoto championship on board the awesome Husqvarna Motorcycles FS450 supermoto bike.

The signing of Jay is yet another success for the Supermotoland Husqvarna motorcycles race teams efforts to bring young talent into the Spanish supermoto championship, which is being seen as an alternative route into top flight road racing as 2015 SM Road champion and current MotoGP rider Iker Lecuona has shown.

Keep up to date with Jay on his facebook and Instagram pages as he continues his winter training and preparations before he moves to Europe on the ultimate racing adventure. Maybe give him a like and follow, to support him on his way.

Check out this short video of him training on his road race and supermoto bikes in S.A.