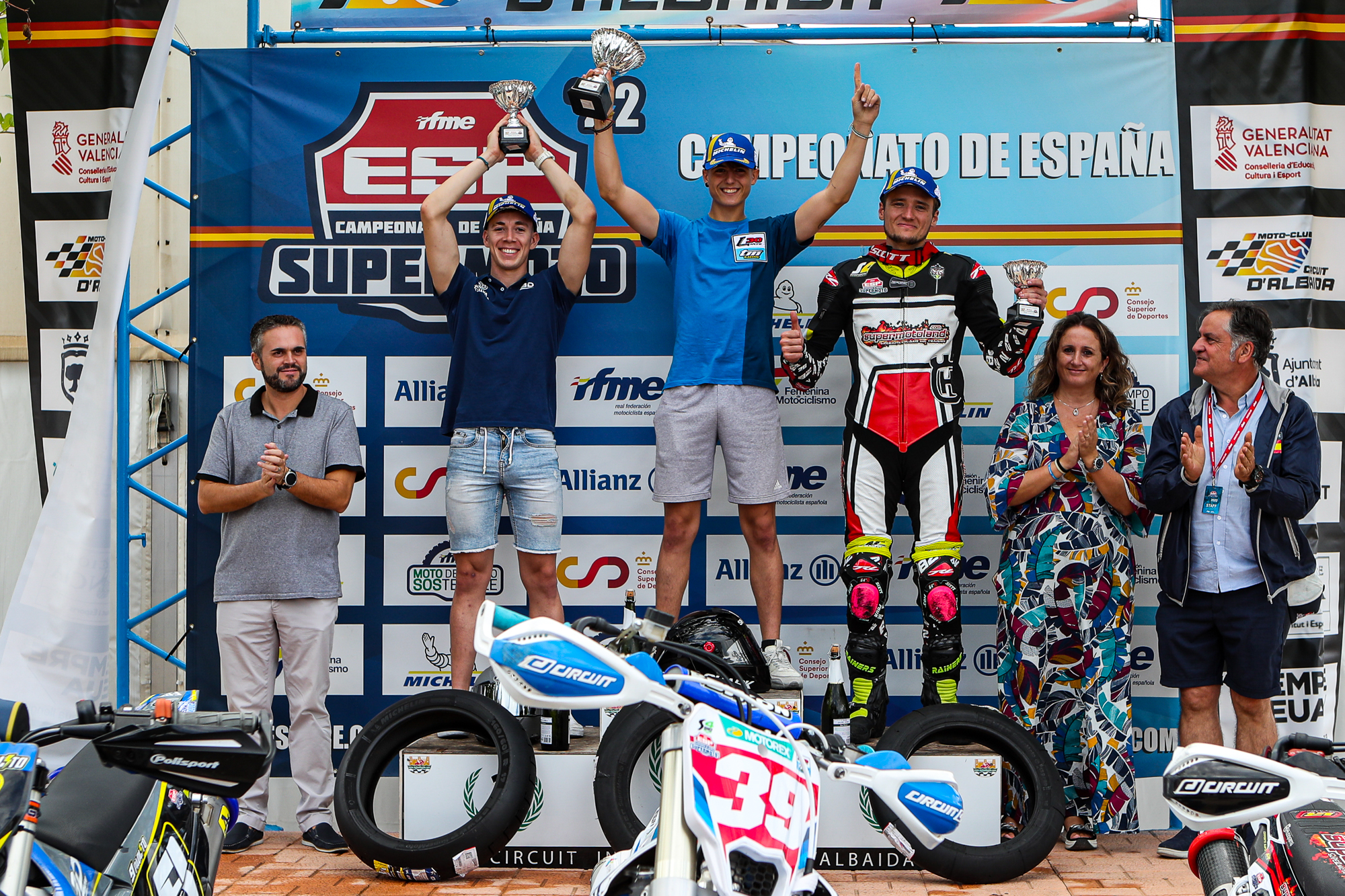 Round 3 of the Spanish supermoto championship at Albaida resulted in a brace of good finishes for the Supermotoland Husqvarna Motorcycles junior talent race team.
Australian Racers Dominic Fletcher and Harley Thomas continued on their steep learning curve in one of the toughest supermoto championships on the planet. They managed an impressive 5th overall for Dom and 6th overall for Harley in the SM junior class.
Young British racer Loris Ford-Dunn then topped the weekend off with a 3rd place podium finish in the ultra competitive SM road class.
There is no rest though, as they now quickly prepare for their wild card rides in the Italian Supermoto Grand Prix this weekend.