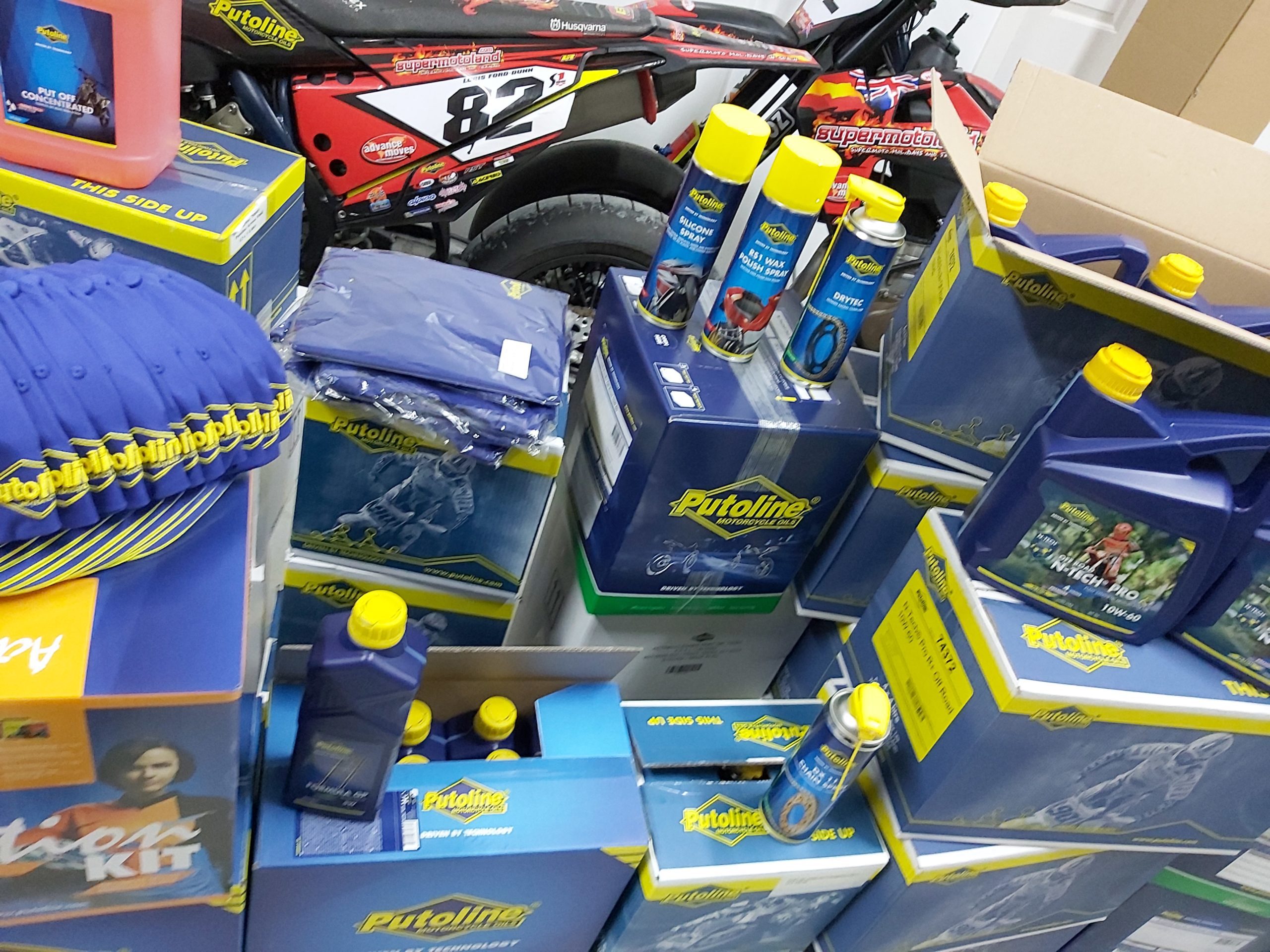 Putoline motorcycle oils has continued its support as oil and lubricants sponsor to the Supermotoland Husqvarna Motorcycles race team and race school.

For 2020 the supermotoland race team has become the official Husqvarna supported team in the Spanish supermoto championship and although racing has been delayed due to the corona virus lockdown the team is busy preparing the bikes for when racing kicks off later in 2020. Putoline motorcycle oils joins Advance moves international removals as a major sponsor of the race team and race school.

The supermotoland race team will be fielding 4 permanent riders as well as a series of wild card riders throughout the year. These include former Spanish champion Israel Escalera and three young, up and coming racers in the forms of British racer Loris Ford-Dunn, South African racer Jay Baxendale and Malaysian racer Khairul Rin, all of which will be fighting for championship honours when the season finally gets underway.

Supermotoland has been using putoline oils for a number of years,  simply because of the quality of the Putoline range of products. As you can imagine the Supermotoland race school and race team with a total of over 10 race ready bikes for training and racing get through a lot of oil each season as their bikes are constantly being ridden on the private supermotoland training track.

This provides the ultimate test ground for a motorcycle oil with constant hard use under race conditions all year round. By using Putoline engine oil supermotoland has actually been able to extend the service intervals of their Husqvarna FS450 supermoto bikes by up to double the manufacturers recommended limits on their race school bikes with no traces of excessive wear.

What engine oil should I use in my Husqvarna FS450?

Putoline does more than just oil….

The putoline oil range is incredibly high quality and is recommended by the Supermotoland Husqvarna race team and race school.

The range of products from Putoline is not just limited to oils. They cover just about everything that a bike could need. From chain lube, grease, fork oil and filter cleaner, to polish, jet wash cleaner and helmet sanitizer, they really do cover it all. Check out the Putoline website to see their full range of products.