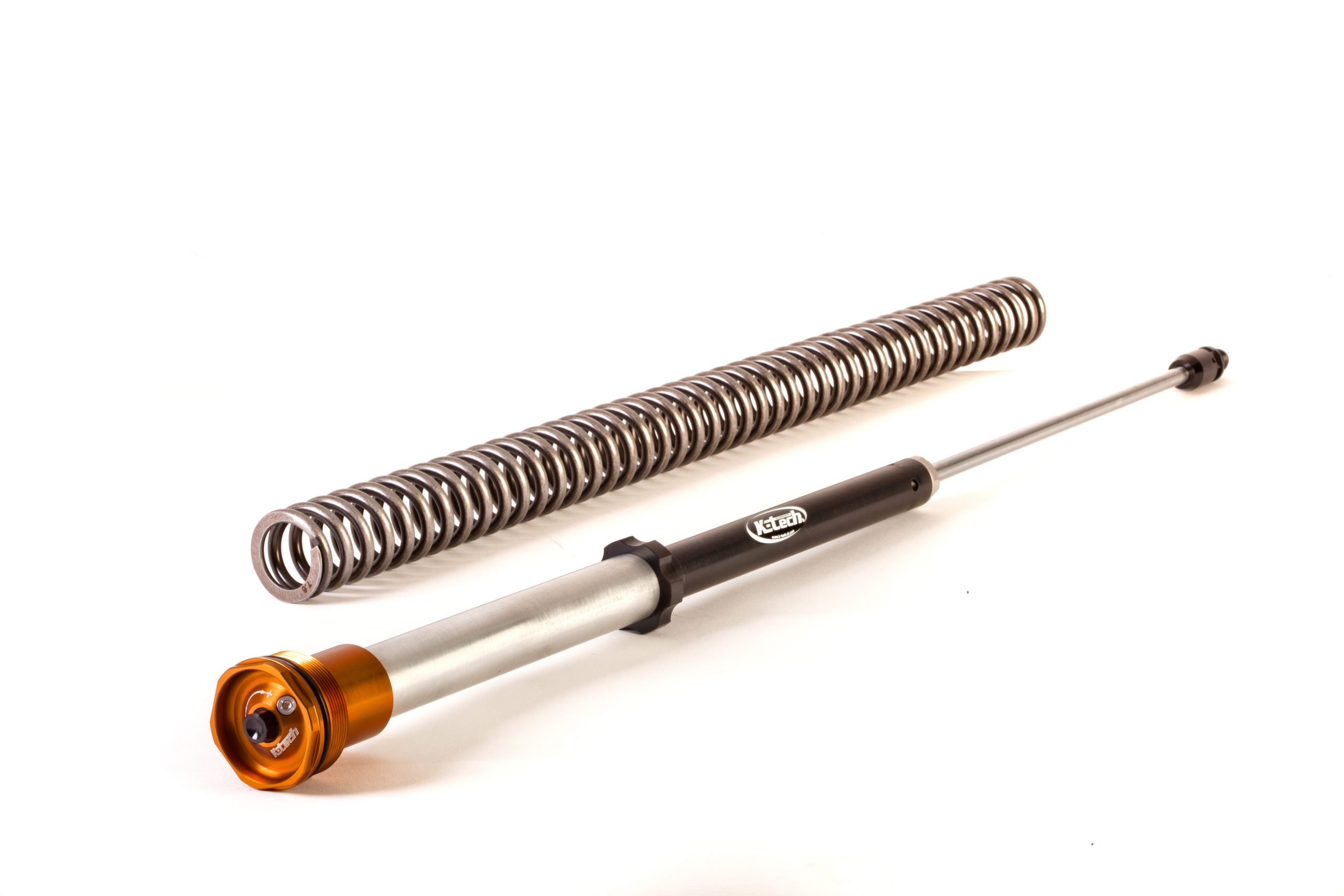 K-tech suspension in conjunction with the Supermotoland race team have developed the ORSS Air to spring conversion kit for the Husqvarna FS450 supermoto bike.

This kit is easily installed into the left hand fork tube of the FS450, replacing the air cartridge with a spring unit, complete with an external preload adjustor, making for easy adjustments between practice sessions.

As with all products that the Supermotoland Race team endorse, we subject them to extensive testing against the original standard unit.

After extensive testing by two GP and European championship riders, it was apparent that the ORSS gave the rider a lot more feel in the final part of the stroke where the air system seems to suffer from stiction. The ORSS also gave a softer ride in the dirt compared to the harsh kick back from the air fork, which reduced rider fatigue and arm pump that all resulted in faster lap times with easier control of the bike.

We know that many riders are un happy with the standard air forks on the Husqvarna supermoto bikes and the ORSS is a fantastic replacement unit that is easy to install and gives a feeling not unlike an Ohlin’s cartridge system. All of this for a mere 460 Euros price tag, means that the ORSS is a very cost effective way of drastically improving your Supermoto suspension.

For further information or to order your ORSS system please contact Mat Ford-Dunn at Supermotoland.com on 0034 968654496 or email him at race@supermotoland.com

Supermotoland is the K-tech agent for supermoto and Motocross suspension in Spain with a worldwide delivery capability.