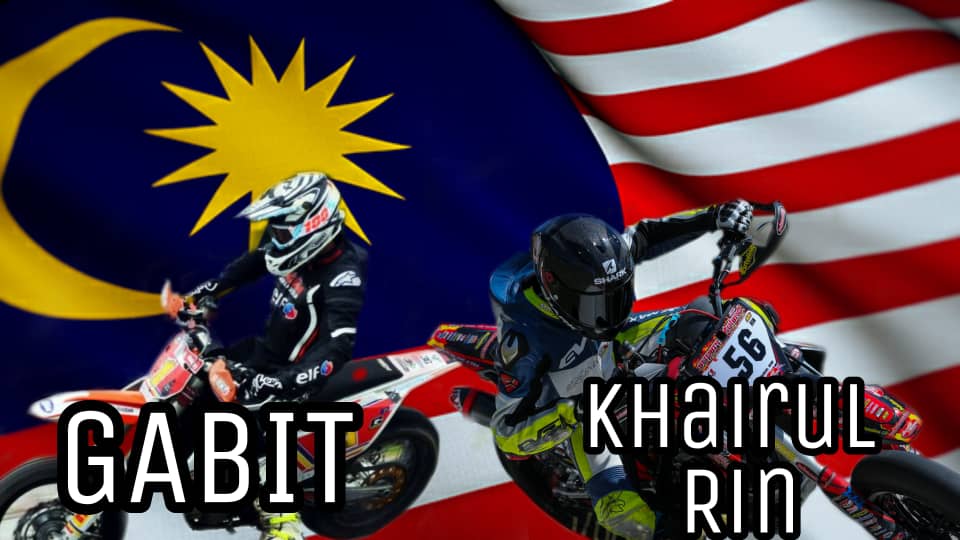 The final Supermoto Grand Prix of 2021 will have two of Malaysia’s finest supermoto racers competing against the world’s best at the spectacular Castelletto Di Branduzzo circuit in Northern Italy.

Muhamad Habibullah Bin Mohd Saleh (better known as Gabit to his Malaysian fans) will be the First Malaysian racer to race in the S1GP supermoto world championships. The multiple Malaysian Motocross and supermoto champion, as well as the 2016 FIM Asia supermoto champion, will be using the ‘wild card’ ride as a chance to get up to speed on the European tracks against the best racers in the World, before potentially joining the world championships full time in 2022.

Khairulamirin Yahaya (better known as Rin to his Malaysian fans) will be the First Malaysian racer to race in the new S4 (road only) European Supermoto championships. Rin has spent the last 3 years racing in Spain and was due to compete in the entire S4 European championship this year but a serious injury in June, that broke his Pelvis has meant he has had to have a long period of recovery to be fit enough to return to racing for the last GP of the year.

Both racers know how tough it will be to learn new tracks, and to compete against the world’s best supermoto racers on their home soil. But they are both ready for the challenge and with the support and help form the Supermotoland Husqvarna race team they will be in good hands.

Both racers would like to thank The Malaysian Motorcycle racing Federation MAM for their help in getting them to the Grid and you can keep up to date with the racers adventure at their first GP on their social media channels.

Rin can be found on his facebook and instagram pages where he will be posting all about his comeback race as he battles with the best Supermoto riders on the planet in the S4 European championship.