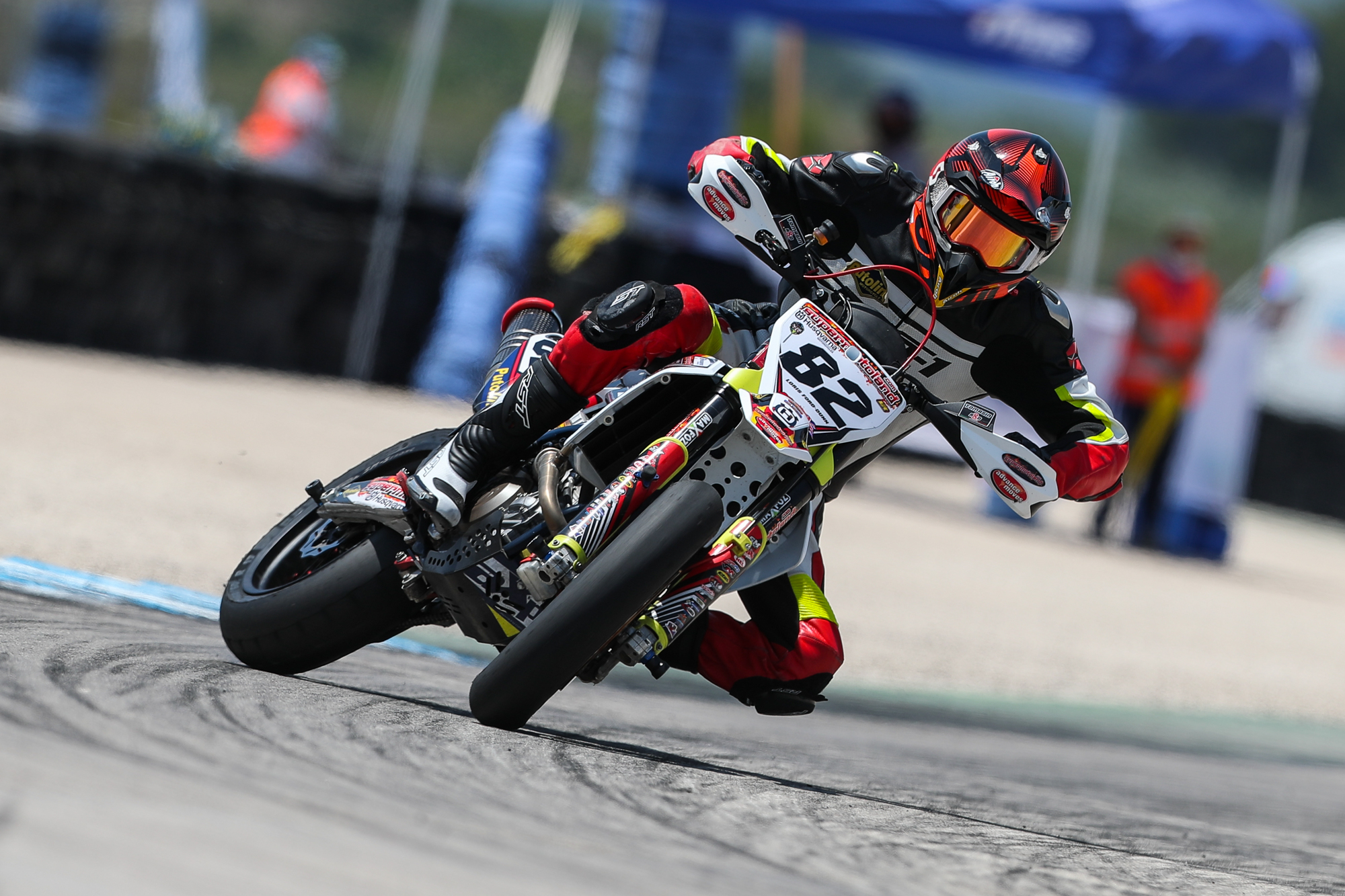 British racer Loris Ford-Dunn heads up the Junior talent side of the team as the 21 year old tries for that elusive championship title in the SM road class of the Spanish supermoto.

The 2021 season saw him finish 3rd in the Spanish SM road Supermoto championship, and 5th in the European championship despite missing a round due to injury.

He’s been training hard over the winter to make 2022 his own.