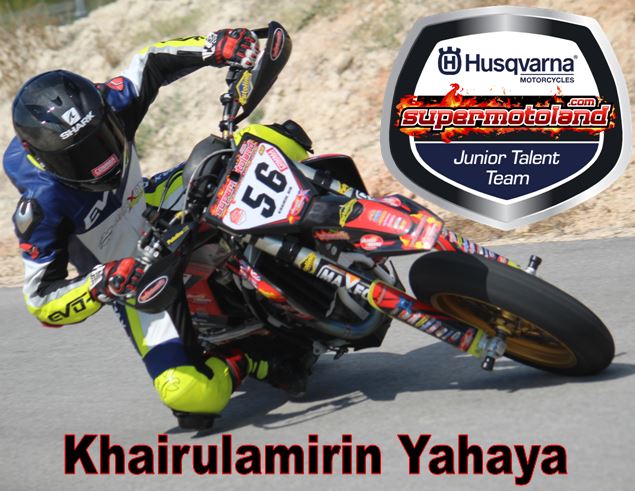 Khairulamirin Yahaya (known as Rin by his friends in the Spanish supermoto paddock) will compete in his 2nd year with the Junior talent team.

The popular and likeable Malaysian racer was in at the deep end, when he joined the team in 2020, having to learn new tracks and race against some of Spain’s fastest racers on their home soil.

But he had a solid first season as a rookie, in the ultra competitive Spanish championship SM-ROAD class, finishing a credible 12th in the championship despite being forced to miss the final round due to Covid 19 travel restrictions.

In 2021 he is aiming to improve on his results with the help and support of the Supermotoland Husqvarna junior talent team. He has already been training hard back home in Malaysia and has his eyes firmly set on some strong top 6 results as he prepares for the 2021 season.

You can follow Rin on his social media channels below as he prepares for the 2021 race season.