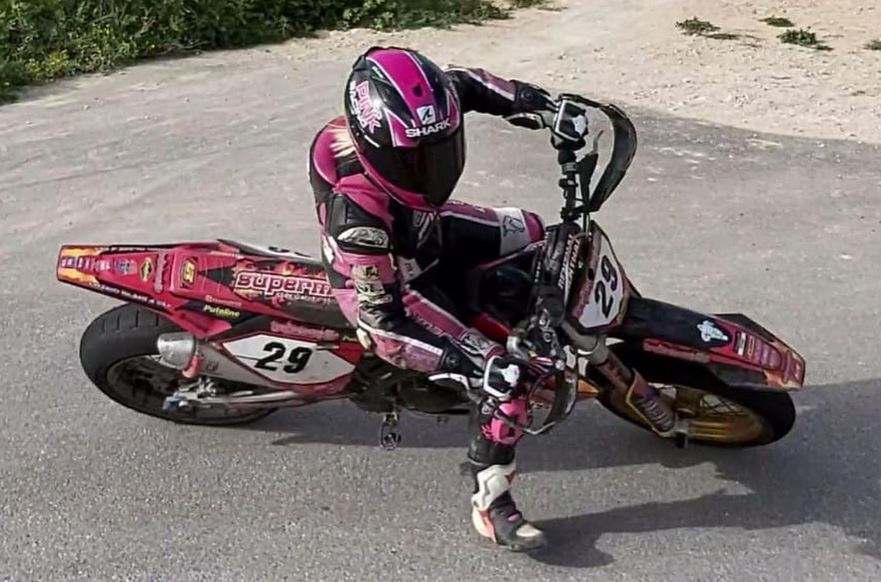 The Spanish Supermoto Grand Prix on the 21st/22nd  August will see 22 year old British Road Racer Jodie Fieldhouse line up on the grid against some of the best supermoto racers in the World.

The new S4 Supermoto class is without a dirt section or skyzone, so it’s basically a road racing class using supermoto bikes. The series is highly competitive,  and Jodie will literally be ‘in at the deep end’ with her wild card ride as she has never raced a supermoto bike before.

However she will be in the capable hands of the Supermotoland Husqvarna Junior talent team and will be training intensely at the supermotoland race school in the week prior to the event in order to get up to speed.

Jodie is from a Moto3 and Moto2 racing background in the UK, and she will find her racing skills will transfer straight across to the supermoto,

However the insanely late and heavy braking, and backing a bike into a corner are what sets supermoto apart from road racing.  Whatever she will learn in Supermoto she will be able to take back to her Road racing in the UK.

With two fellow British team mates, Loris Ford-Dunn and James Welch  also in the class, it will be an all British line up for the Supermotoland Husqvarna race team as their regular Malaysian racer, Khairularin Yahaya is out due to an injury.

Jodie is realistic about her chances in the race and knows she has a mountain to climb to be competitive, but she will be treating the whole event as a learning experience and just push as hard as she can to achieve the best result possible. Maybe a top ten finish might be on the cards.