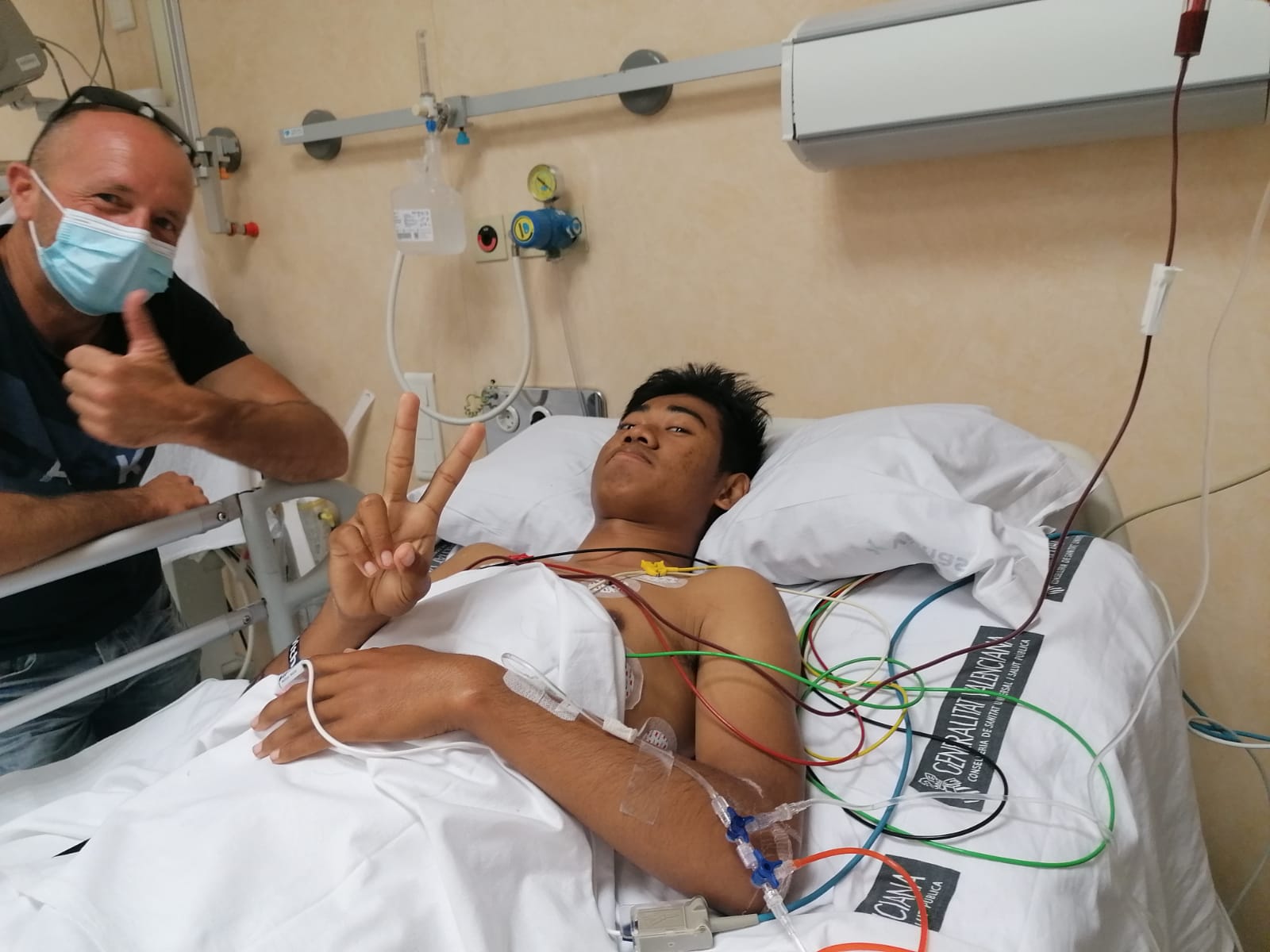 The final round of the Spanish Supermoto championship at Albaida in Spain ended with a horrific crash during Friday practice for Malaysian Supermoto racer Khairulamirin Yahaya, that will see him out of action for a number of months as he recovers from a badly broken pelvis and internal arterial bleeding.

The crash happened in the final practice session of the day, as Khairulamirin (known as Rin to his friends in the Spanish Supermoto paddock) pushed for a lap time. Rin lost control of the bike and highsided through the notorious fast left hander that has caught out so many racers in the past. The crash was particularly fast and violent, and Rin became tangled with the bike which resulted in the bike coming back down onto him.

The trackside medical team were in immediate attendance and he was stabilized and taken to hospital where a series of emergency procedures were undertaken that included an operation to stop an internal arterial bleed. Rin has received the best medical care in Spain and is now in a stable but serious condition as he awaits a further operation that is scheduled for Monday to repair the broken Pelvis.

The injury is a massive blow to Rin, who will now miss the first round of the S4 European Supermoto championship at the end of June. Rin had shown so much speed and potential this year that the Supermotoland Husqvarna Junior Talent Team, that he races for in Spain, had decided to take him to the first round of the European championships with fellow young racer Loris Ford-Dunn.

Rin is in good spirits despite his injuries and is focussing on his recovery and aiming to try and be fit to compete in the final round of the S4 European championships to be held in Italy in October.

We all wish Rin a speedy recovery and our prayers and thoughts are with him for his operation on Monday. As you can imagine it’s pretty boring laying on your back in a hospital bed in a foreign country so feel free to keep him amused and wish him well through his social media channels on facebook and Instagram.