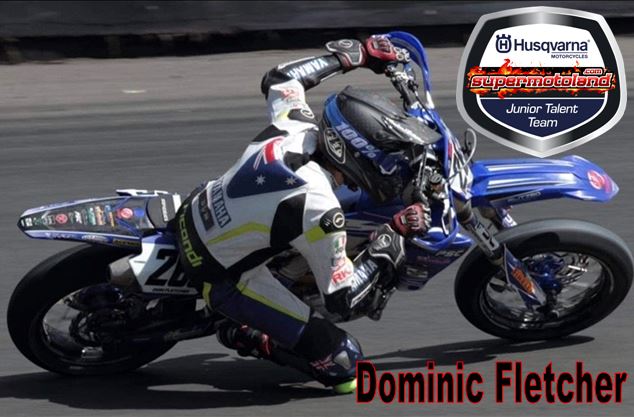 Australian racer Dominic Fletcher will be joining the Junior talent team for the 2021 season.

The 17 year old racer from Newcastle, New south Wales, Australia will be flying in to contest the Spanish supermoto championship in the SM-JUNIOR class. The talented Australian has already made a name for himself in Australia with trophies in just about every discipline that involves two wheels, including Enduro, Motocross, Road racing and Supermoto.

He comes to Europe eager to impress and make his mark in the Spanish championship, but he will have to learn new tracks, against GP level racers on their home soil, So it’s no easy task.

With the Supermotoland Husqvarna race team behind him he will have the support, knowledge and equipment to learn quickly and fight for some top results. It’s all to play for……

You can follow Dominic on his social media channels below as he prepares for the 2021 race season.