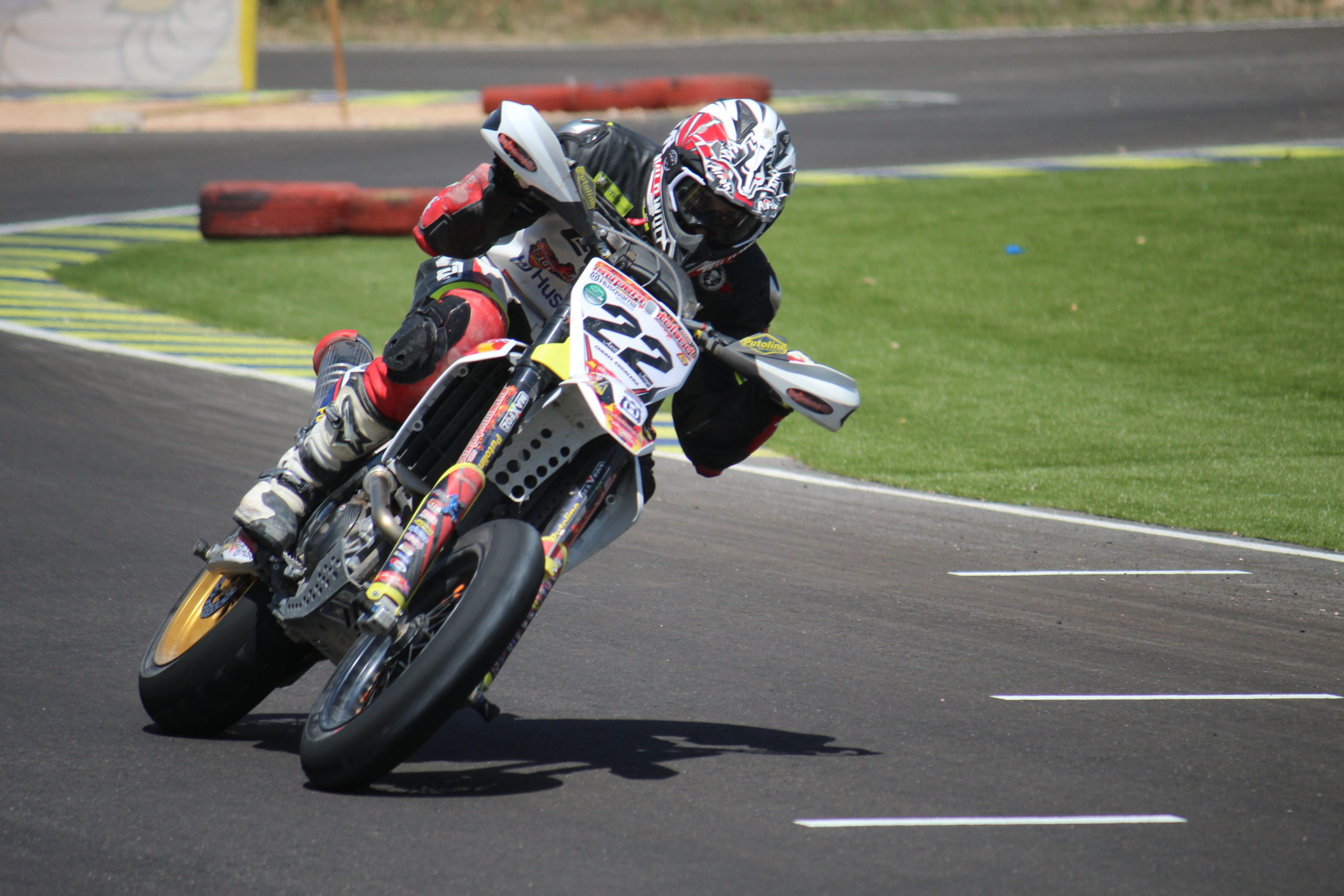 The second round of the Spanish supermoto championship was held at the all new Gasss74 race track in Villena, Alicante. The supermotoland Husqvarna race team was only running three of its usual five riders due to corona virus travel restrictions for south African rider Jay Baxendale and world ssp300 commitments for Indy Offer. However the remaining three rider put on one hel of a show.

With temperatures touching 39 degrees celcius if was a real case of survival of the fittest as every rider and machine was pushed to its limits in the scorching conditions.

Israel Escalera was able to qualify the supermotoland Husqvarna in 2nd spot on the grid just 0.3 seconds off the pole time set by GP winner Lucas Holbacher. Race one didnt go well with a first corner crash for Israel before he fought back through the field to salvage some points. But race two went a whole lot better with Israel finishing 2nd behind Holbacher after hounding him for most of the race before his front tyre grip dropped and his pace slowed. But it was enough to give Israel 3rd overall and his first podium finish in the SM-PRO class in 2020. The strong result leaves Isreal 5th in the championship chase with two rounds to go, so he has it all to play for.

SM-Junior rider,  young Loris Ford-Dunn had a great weekend, and left Villena leading the SM- junior championship standing. The result itself was quite incredible as he was involved in a very heavy crash at the start of race two that delayed racing whilst riders received attention. Despite his injuries he was determined to race and finished in 2nd position to stand on the podium and take the championship lead.

Malaysian racer Khairulamirin Yahaya had another strong ride in the SM-road class and finished in 10th and 11th to secure P10 in the SM-road championship standings. As he continually improves and learns the Spanish tracks as quickly as he can to be able to run with the Spanish racers on their home tracks.

The supermotoland Husqvarna race team will be back in action in October for round three of the Spanish Supermoto championship at Mora d’ebre in Catalunya.

Thanks to the supermotoland Husqvarna team sponsors that helped us achieve these results.