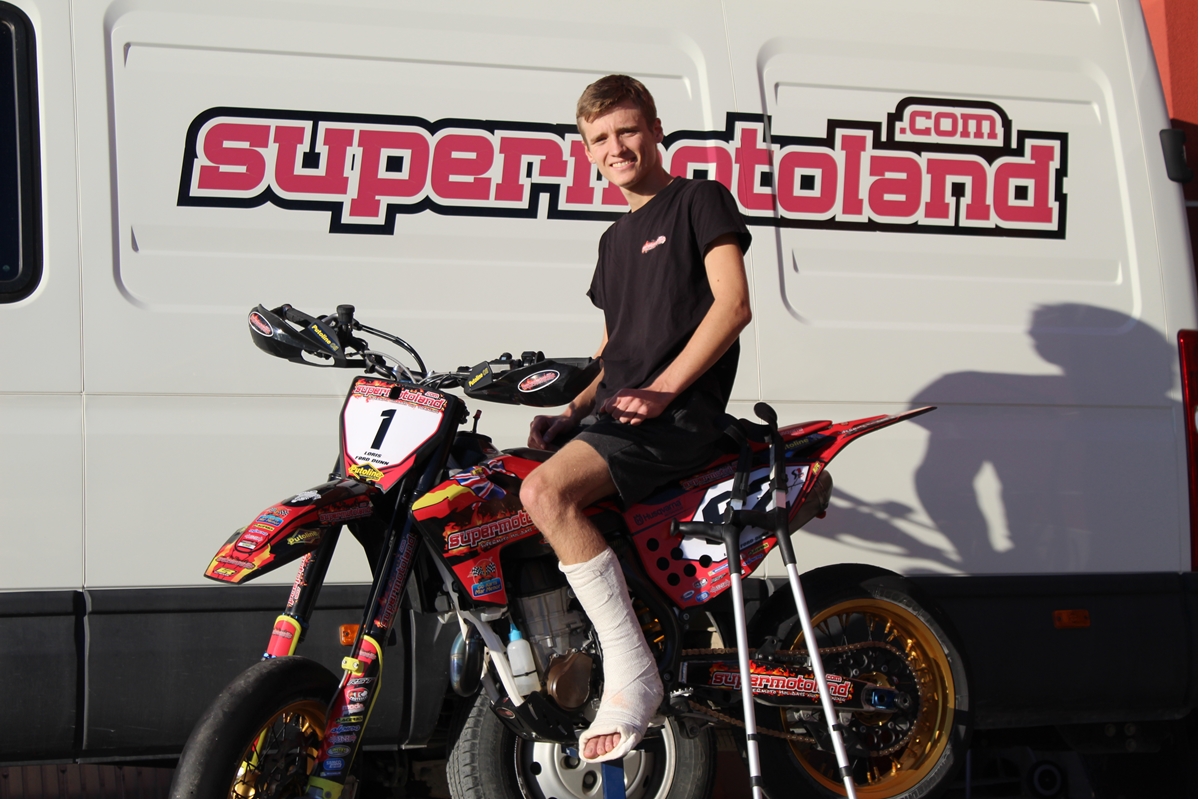 It’s been a great year for 17 year old  Loris Ford-Dunn who has competed in a number of Supermoto championships in 2018. Originally from Sussex in the South of England, Loris moved to Spain with his family when he was only One year old and has made the most of the Spanish weather and motorcycle culture to start riding and racing bikes from a young age. Loris lives with his family in Bullas, Murcia and with his father owning the Supermotoland race  school and race team, it was inevitable that the British youngster would find his way onto the race tracks of Spain.

He started racing supermoto at 14 years old in the 85cc minimotard class but soon found himself growing too big for the smaller bikes and was moved up early into the adult classes to race on the powerful 450cc bikes. It was a great learning experience to race with the best riders in Spain whilst still only being 15 years old. Since then Loris has not looked back and this year has been his most successful yet.

The Supermotoland race team with their main sponsor Advance moves International Removals decided to push Loris to a new level this year with him entered in four championships. He started the year in Italy competing in the first round of the European championships where he struggled in a sandy dirt section that he had never experienced before. Determined to improve, he adjusted his training at the supermotoland practice track and came back to the second round of the European championships and the first round of the Spanish championships with renewed skills. From that point he never looked back with top 5 finishes and a few visits to the podium before the end of the season in October.

His next race is an international event at Aragon, Spain on 25th of November but a training crash last week when a rider fell in front of him and Loris was launched over the top of the bike has put that event in doubt due to a broken left leg. He is doing all he can to be fit for Aragon but it’s a race against time to be declared fit enough to ride.

Preparations are already underway for next year with Husqvarna motorcycles taking an interest in the young athlete and supporting the Supermotoland team for their assault on the Spanish supermoto championship in 2019. As one of the youngest riders in the championship he has a bright future ahead of him and he would like to thank all of the teams sponsors that make it possible for him to race at such a high level. Roll on next year…………