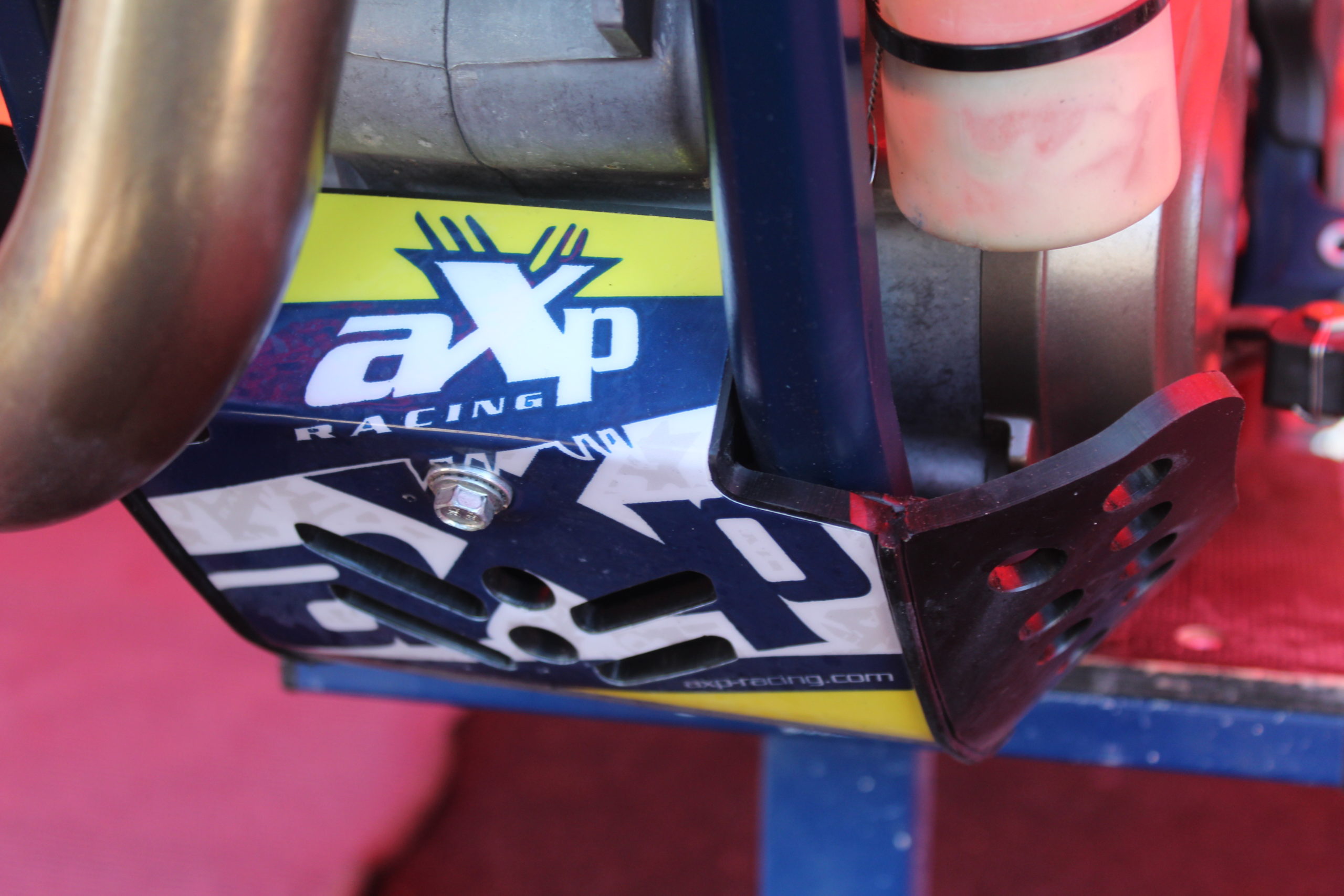 Supermotoland.com is pleased to announce that AXP Racing will be sponsoring the supermotoland race team and race school, by providing the team with their high impact plastic sump guards and skid plates for the Husqvarna FS450 supermoto bikes.

All of the teams race and school bikes are now equipped with the AXP Racing sump guards that give a wrap around protection to the front of the engine, protecting both the oil filter side as well as the water pump from stone or debris damage. The sump guard extends to the back of the engine giving protection to the sump as well as the bottom frame members on the Husqvarna FS450.

The skid plate is easily fitted and once in place is secure enough to withstand most grounding and impact situations that are common in supermoto when landing from jumps. The sump guard does not get ripped off the bike like other weaker models of sump guards.

In all, its a perfect solution to protect your bike against the rigors of racing and hard riding. AXP Racing make a range of sump guards and protectors to fit most modern dirt bikes. Check out their website and online shop at www.axp-racing.com to see  what they have to fit your bike.