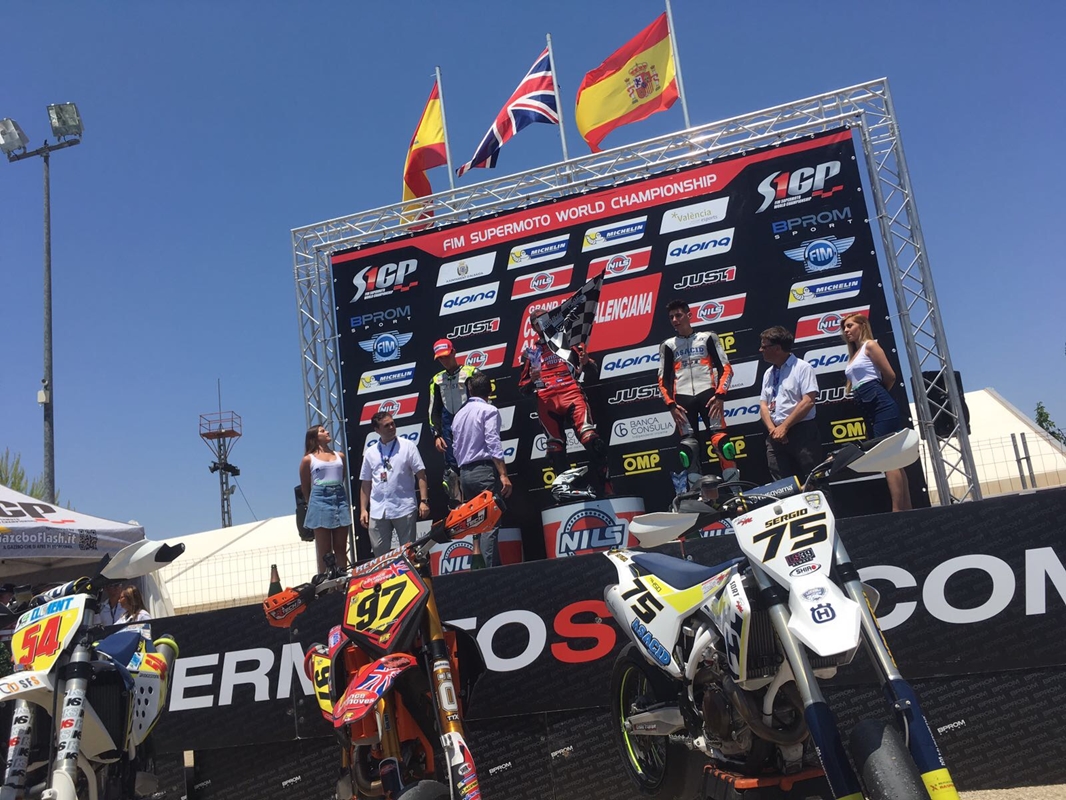 The world Supermoto championship came to Spain over the weekend to Race at the dramatic Albaida circuit in the province of Valencia. Murcia based British racer Anthony Ford-Dunn was competing in the S4 road class against world class opposition and produced an outstanding display of hard racing to come away with the overall win and 4th place in the championship.

Anthony qualified in second position on the grid for the first of his two races on the Advance Moves International Removals sponsored Supermotoland.com machine. Whilst qualifying on the front row of the grid was a great advantage, Anthony had a disastrous start to the first race and after much jostling he emerged 9th from the first corner. Then the pressure was on and Anthony had to put some hard moves in to overtake other competitors as quickly as possible. The racing was tough with a few overtakes even involving running onto the grass but Anthony came through the pack to finish in 3rd position at the flag.

The second race start was better with Anthony in fourth place and then fighting to second position but unable to catch the leader. However after the second race the leaders bike was found to breach technical control and he was penalised 2 positions which gave Anthony the race win and the overall win from the two races.

For the first time ever a British rider stood upon the top step of the S4 European Supermoto championship rostrum. Anthony was overwhelmed with the win and he is now looking forward to the final round of the championship in Italy during July. With Anthony working as an instructor at the Supermotoland.com race school where he teaches others how to ride supermoto bikes whilst enjoying their holiday in Spain , he will have plenty of time to practice and hone his skills in preparation for his chance to take the European championship title.