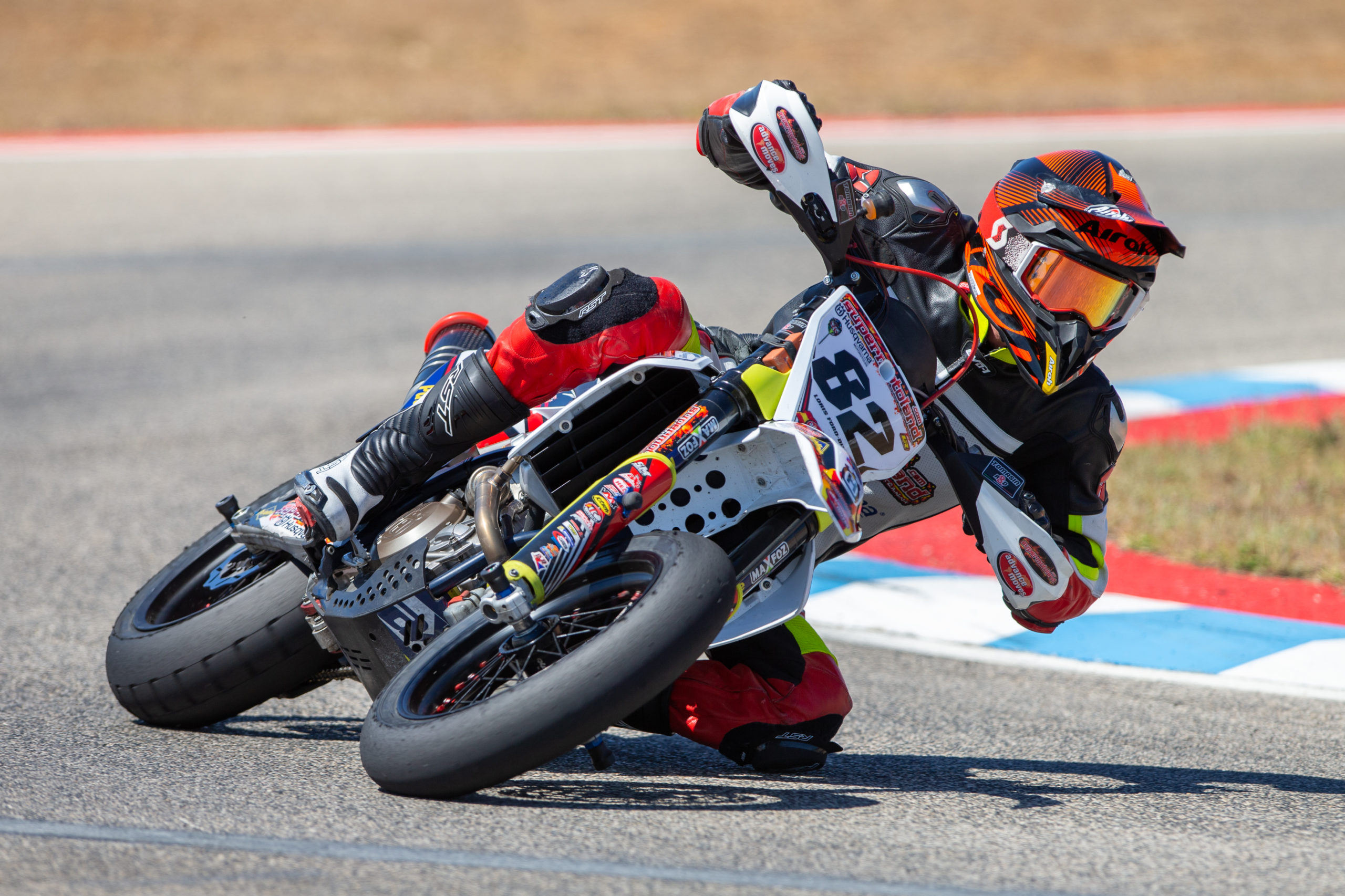 The weekend of the 21st and 22nd August sees the Supermoto world and European championships visit Forcarei in North Western Spain for the Spanish Supermoto GP.

In the S4 road racing class there will be three British riders lining up on the Grid.

The Supermotoland Husqvarna junior talent team is dedicated to helping young international racers achieve their goals in both the Spanish and European supermoto championships.

Their top rider Loris Ford-Dunn is to be joined by two other ‘Wild Card’ racers in the form of British road racers Jodie Fieldhouse and James Welch who are both from the United Kingdom.

Jodie will be the first ever woman to compete in the S4 European championship class. The S4 racing is very competitive and uses supermoto bikes on asphalt only tracks with no dirt section or skyzone. So it’s more like road racing than supermoto.

Jodie and James will both be in at the deep end as its their first ever race on a supermoto bike, but they will be training intensively with the team at the Supermotoland race school to get up to speed.

Their team Mate Loris Ford -Dunn is looking for the win in the Spanish GP. He was 6th at the last round held in Italy but knows that he is capable of a lot more and has been training hard and testing new bike set ups over the summer to find the extra speed he needs. Loris finished 3rd overall in the 2021 Spanish supermoto championship and wants to go a couple of positions better in the S4 European championship.

You can follow the teams and riders progress as they prepare to race at the Spanish GP on their social media channels below.