2nd in the Spanish championship for Loris Ford-Dunn 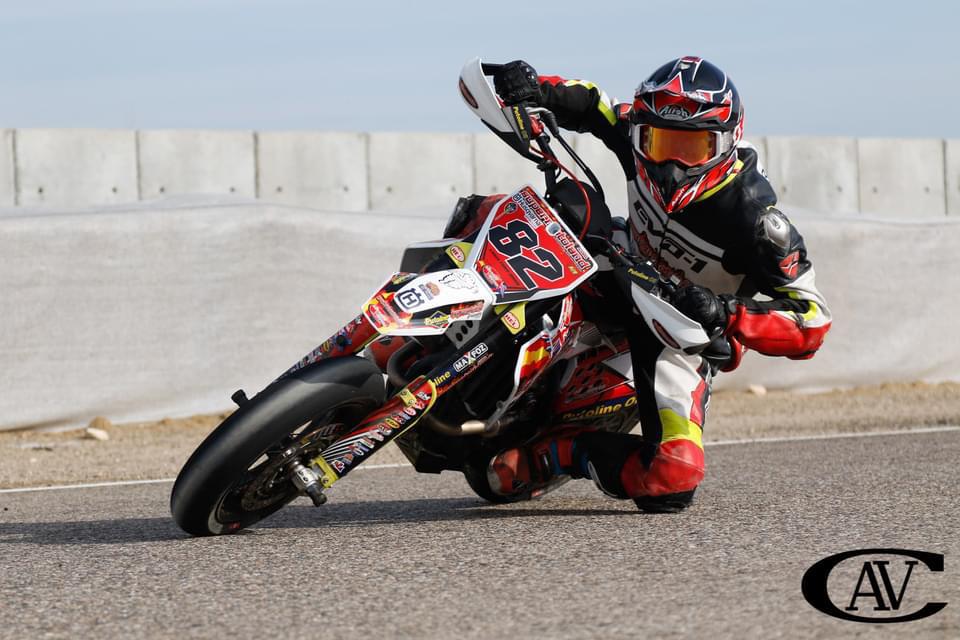 It’s been a tough year in racing all over the world with lockdown and travel restrictions making it hard to train, and even get to the races. But 2020 has been the best year to date, for Loris Ford-Dunn with a superb 2nd overall in the Spanish SM-JUNIOR supermoto championship.

Midway through the race season Loris had taken the championship lead and held a slender 6 point advantage over his closest rivals. But the next round was cancelled at the Mora d’ebre circuit which was one of Loris’s strongest tracks and that meant the championship decider was all down to the last round at the tough Alcarras circuit in Lleida.

Despite a strong effort on the day, Loris was out classed by another rider and had the championship lead and title snatched from his grasp in the very last race. But whilst he was disappointed to lose out on the championship, the realisation of how close he was to the title and the fact that 2nd overall was his best result to date still put a positive spin on the year and has made him even more determined to come back stronger in 2021.

Loris has already signed with the Supermotoland Husqvarna race team for 2021 and will spend the winter training at the supermotoland race school in Murcia, Spain to come back even stronger for next year’s SM-JUNIOR championship.

Loris would like to thank the Supermotoland Husqvarna Race team and their many team sponsors for all their help and support to make racing possible this year.