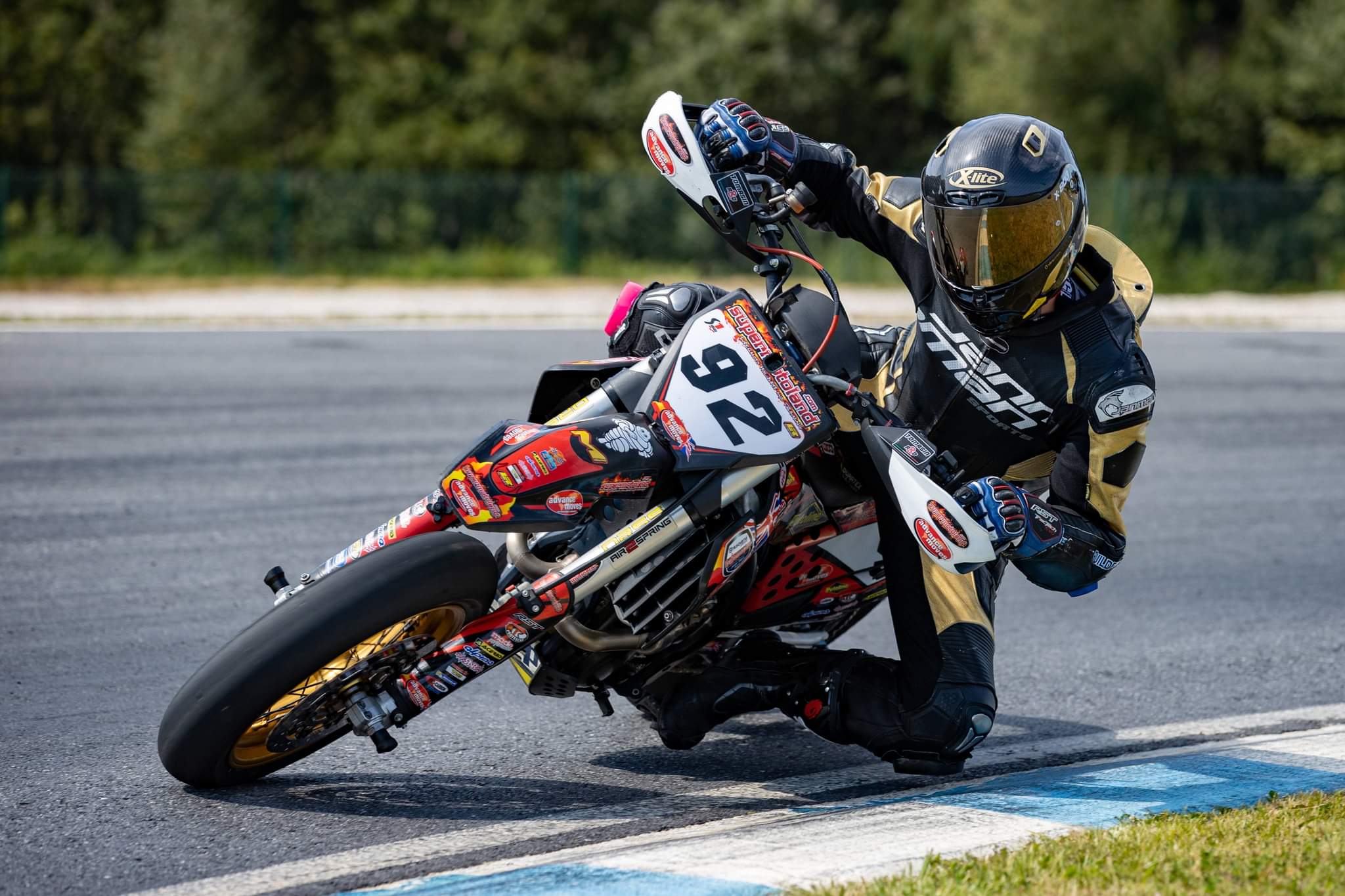 British road racer James Welch had his first ever crack at a supermoto race over the weekend and he was in at the deep end against the best supermoto racers in the world at the Spanish Supermoto Grand Prix.

He was joining his girlfriend Jodie Fieldhouse for a ‘wild card’ ride with the Supermotoland Husqvarna Junior talent team in the S4 (road only) European Supermoto class.

James had trained a few times at the Supermotoland race school but this was his first ever supermoto race, and he finished the weekend in 11th position overall and 15th in the championship standings despite missing the first round in Italy.

James is taking the skills he has learnt over the weekend back to the UK and applying them to his Road racing before maybe having another go at supermoto racing in the future.

It was great to have a couple of British racers join the team and to race in European Supermoto.