10th place for Jodie in first ever supermoto race 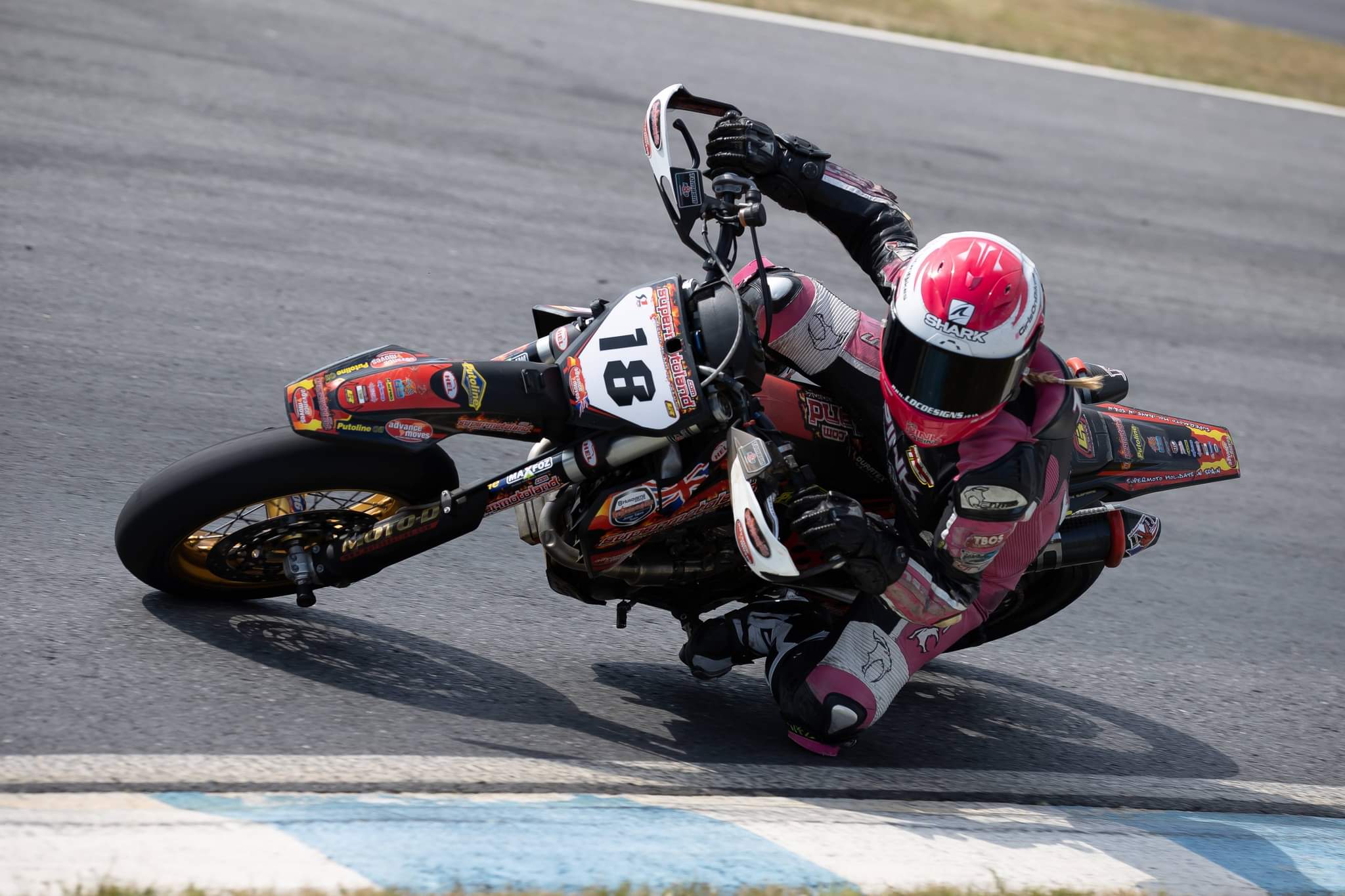 10th place for Jodie in first ever supermoto race

Young British racer Jodie Fieldhouse had a mountain to climb for her first ever supermoto race, when she was entered into the S4 (road only) supermoto class at the Spanish Supermoto Grand Prix.

Joining the Supermotoland Husqvarna Junior talent team for a ‘wild card’ ride, she was in good hands and despite some tricky changeable weather conditions and being up against the fastest supermoto racers on the planet, she came away with a top ten finish.

The race result puts her 14th overall in the European S4 supermoto championship despite missing the first round in Italy.

She is the first ever woman to race in the S4 European supermoto championship and she did us proud.

Jodie is now travelling back to the UK to resume racing her Moto 2 bike but might be back out on a supermoto in the future if she can find a sponsor to back her.